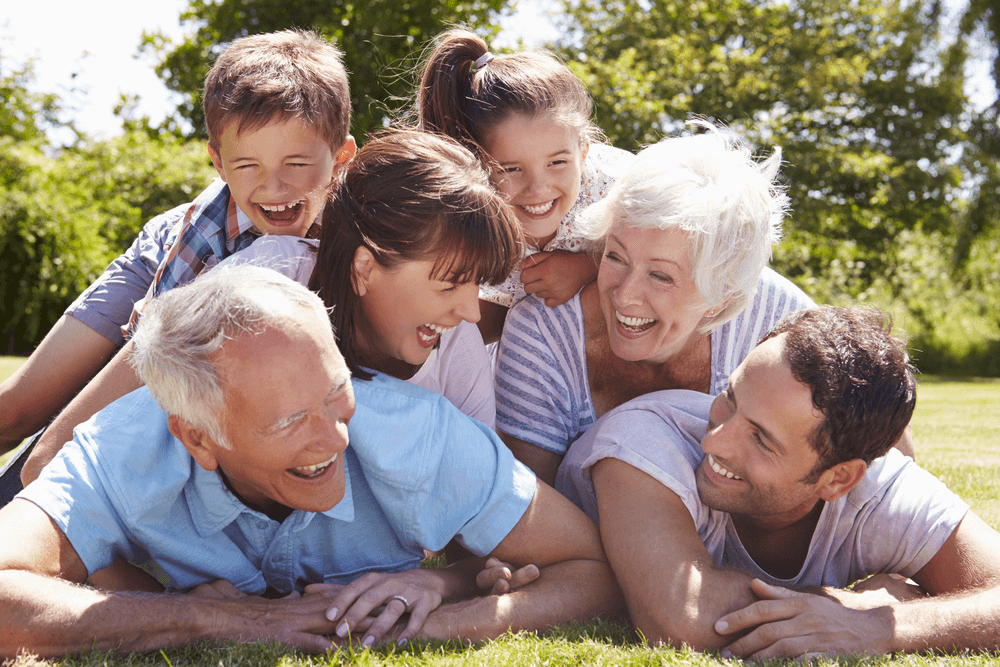 If the deceased person did not leave a Will, then the grant obtained from the Supreme Court is known as a Grant of Letters of Administration. There are also other types of grants, however these two are the most commonly encountered.

Although there are some technical differences between executors and administrators, for most practical purposes, the roles are essentially the same. In this article we will use the term “Legal Personal Representative” to cover both executors and administrators, and the term “Grant of Representation” to cover both types of grant.

Why do I need it?

A Grant of Representation is evidence to the world at large that the Legal Personal Representative that a person has the right to deal with the deceased person’s estate.

Further, a Grant of Representation is needed to deal with certain types of assets, such as land, bank accounts, shares, superannuation and insurance. Often without a Grant of Representation, Landgate, banks, share registries, superannuation funds and insurance companies will not deal with a person who needs to administer a deceased person’s assets.

There are circumstances when a Grant of Representation may not be needed, for example:

How do I obtain a grant of probate?

The deceased person’s original Will is retained by the Supreme Court, however a copy of the Will is attached to the Grant of Probate.

How long does it take?

An application can be made at any time after fourteen days from the death of the deceased person. It is necessary for the deceased’s death certificate to be provided in the application.

Please note that this general information only and does not constitute legal advice. If you would like further information or assistance in relation to this issue or other legal issues, please contact Tang Law on (08) 9328 7525 or enquiries@tanglaw.com.au. 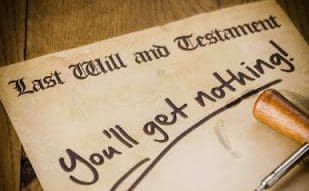 74% of family provision claims by family (children or partners, including ex-partners) were successful.
See:  Tilse, C., Wilson, J., White, B., Rosenman, L. & Feeney, R. (2015), “Having the Last Word? Will Making and Contestation in Australia”.  The University of Queensland.
Most wills are contested under family provision legislation.
Studies undertaken by the University of Queensland in 2015 found that:
·         86% of claims are brought by immediate family: either children of the deceased (63%) or partners (including ex-partners) (23%) – This means adult children are the most common claimants in Will contests.
·         Contestation is most commonly driven by both exclusion and significant disparity in distribution.

·         When there is a contestation, there is a high rate of success, whether through the Court or through mediation.  74% of family provision claims by family (children or partners, including ex-partners) were successful.

COMMON REASONS FOR CONTESTING A WILL

Contesting a Will refers to claims pursuant to the family provision legislation.
The said studies also found that contestation is most commonly driven by:
·         Inadequate provisions to meet the needs of a family member.
·         Type and quality of relationship with the deceased.
·         Exclusion and significant disparity in distribution, where a family member felt a sense of entitlement to a better distribution.

The above findings are significant to:
·         The Will maker:
With 51% of estates contested were through family provision claims, if you are making  a will, you need to give very careful and detailed considerations to how you should distribute your assets. The more complex the family relationships, the higher the chance of your Will being contested and there being a dispute between your family members upon your death.
At the time of making your Will, you need to consider ways to reduce contestation risk by addressing underlying family dynamics and issues – such as obtaining strategic advice from lawyers, obtain counselling, properly communicate with family, etc.
·         The Executor or Administrator:
It is highly likely that the deceased representative who has obtained grant of Probate or Letter of Administration (i.e. the executor or the administrator) may find himself or herself having to spend a lot more time dealing with legal proceedings, engage lawyers to defend the contestation, and obtaining expert evidence to defend against a claim, as opposed to getting on with the task of actually administering the estate. This can be extremely time-consuming.
·         A family member who can be a potential claimant:

There is a high success rate for a family member who is seeking family provisions from a deceased’s estate.  Despite there being a Will in place, the Court has the discretion to make orders and award provisions to a family member.

Kelvin has over 14 years’ experience practising law in Western Australia. He is the founder and Principal Partner of Tang Law based in Perth, Western Australia. Kelvin is a Registered Migration Agent (MARN: 1386452) and has extensive experience in providing service on Commercial Law, Dispute Resolution & Litigation, Family Law, Wills & Estate Planning and Settlements.
0 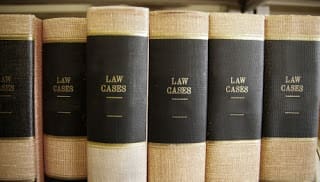 A decision from the Western Australian Court of Appeal is a precaution to sellers and those drafting contracts for the sale of land, to carefully consider the provisions applicable to terms contracts found in the Sale of Land Act 1970 (WA) (“Act”).

The appeal arose from a dispute between the buyer (Du Buisson Perrine – the appellants) and the seller (Chan – the respondents) of residential property in relation to the seller’s termination of the contract for the sale of the land.
The contract, dated 3 September 2012, provided for a purchase price of $2.09 million with an initial deposit of $150,000 payable in three instalments.
The contract was varied by agreement on four occasions, the last being 27 February 2013 at which time the deposit was reduced to $105,000 and payable by four instalments: $5,000 on 3 September 2012, $10,000 on 19 October 2012, $30,000 on 12 December 2012 and $60,000 on 1 March 2013. Settlement was varied to occur on 7 March 2013.
All instalments of the deposit were paid by the buyer but settlement did not proceed on 7 March 2013. On 21 March 2013 the seller served a default notice on the buyer stating that the buyer was in default under the contract for failure to complete settlement in accordance with clause 3.5 of the Joint Form of General Conditions for the Sale of Land (“GC”). The default notice gave the buyer 11 business days to remedy the default. The buyer failed to complete settlement thereafter and the seller issued a notice of termination to the buyer on 16 April 2013.

The seller commenced proceedings in the Supreme Court of Western Australia seeking a declaration that the contract was terminated lawfully and that it was entitled to the buyer’s deposit of $105,000.

Section 5 of the Act defined a terms contract as:

and for the purpose of this interpretation deposit includes any part of the purchase price which the contract specifies as being a deposit and provides is to be paid, whether by one or more payments, within 28 days of the execution of the contract”

Section 6 of the Act prescribed the method for termination of a terms contract as follows:

(1)  Notwithstanding any stipulation to the contrary, a terms contract shall not be determined or rescinded on account of a breach by the purchaser of any term of the contract unless and until the vendor has served on the purchase a notice in writing specifying the breach complained of and requiring the purchaser to remedy the breach within the time mentioned in subsection (2) and the purchaser has failed to do so.
(2)  The time referred to in subsection (1) within which the purchaser is required to remedy a breach is:
(a)     where the breach  consists of a failure to pay a sum of money – a date stipulated by the vendor being a date not less than 28 days from the date of service of the notice; and

(b)     in any other case – a reasonable time from the date of service of the notice.

The primary judge determined that the definition of ‘deposit’ in section 5 of the Act was exhaustive such that any payments made outside the 28 day limit would render a contract a terms contract. As three of the four instalments of the deposit were made more than 28 days from execution of the contract, Her Honour determined the contract was a terms contract.
The primary judge nevertheless found that the contract had been validly terminated by the seller in accordance with section 6 of the Act. In reaching this determination, Her Honour concluded that the breach referred to in the default notice and termination notice was not the buyer’s ‘failure to pay a sum of money’, but rather the buyer’s failure to complete settlement as required by clause 3.5 of the GC.
Her Honour concluded that the breach relied upon by the seller was a breach that fell under section 6(2) of the Act, which required reasonable notice be provided in terminating the contract. Her Honour was satisfied that 11 business days was a reasonable period of notice. It followed that the seller had terminated the contract effectively and could retain the buyer’s deposit.

Competing positions in the appeal

The buyer appealed the decision of the primary judge on the ground that the breach relied upon by the seller in the termination notice was ‘a failure to pay a sum of money’ to which section 6(1) of the Act applied, requiring the seller to give the buyer 28 days’ notice of termination, which it had not done.
The seller filed a notice of contention disputing the primary judge’s decision that the contract was a terms contract. The seller argued that the definition of ‘deposit’ in section 5 of the Act was inclusive and extended to payments made more than 28 days from execution of the contract provided the deposit was labelled as such in the contract. The buyer opposed the seller’s notice of contention by supporting the primary judge’s finding that the definition of ‘deposit’ was exhaustive.

Decision of the Court of Appeal

The Court of Appeal was constituted by McLure P, Newnes JA and Murphy JA.

The first hurdle for the seller was therefore to establish that three of the four instalments fell within the common law meaning of ‘deposit’, namely being a payment made to bind the bargain and provide security for the buyer’s performance of the contract. McLure P considered that the three instalments were so remote in time from the execution of the contract that they could not satisfy the common law meaning of deposit and the contract was therefore a terms contract.

Her Honour concurred with the orders of Newnes JA.
Newnes JA considered the intention of the legislature in section 5 of the Act. Newnes JA determined that a payment of part of the purchase price was only considered a deposit if it was classified as such within the contract and made within 28 days. As three of the four instalments fell outside the period of 28 days, His Honour found they could not be classified as a deposit and the contract was therefore a terms contract pursuant to section 5 of the Act.

His Honour then considered the buyer’s grounds of appeal relating to the type of breach upon which the seller relied in terminating the contract and found that the primary judge had erred in reaching the conclusion that the breach was not a ‘failure to pay a sum of money’ to which section 6(1) of the Act applied.

Newnes JA allowed the appeal and dismissed the notice of contention.

His Honour reached the same conclusion as the majority concerning the breach referred to in the seller’s termination notice, but nevertheless would have dismissed the buyer’s appeal on the basis that contract was not a terms contract as all payments were classified as a deposit.

The decision forewarns the sellers of land and their representatives to:
1.      Consider the implications of sections 5 and 6 of the Act before payment of a deposit via instalments is agreed to in a contract or variations to the contract;
2.      Ensure that the notice requirements imposed by a seller have been met when terminating a terms contract;

3.      In the case of a terms contract, consider what grounds for termination exist before issuing a termination notice, particularly to determine if the buyer may have committed some other breach aside from a failure to pay money which can be relied upon, i.e. repudiation of the contract.